Laura Dugan is Professor and Associate Chair in the Department of Criminology and Criminal Justice at the University of Maryland. Her research examines the consequences of violence and the efficacy of violence prevention/intervention policy and practice. She also designs methodological strategies to overcome data limitations inherent in the social sciences. Dr. Dugan is a founding co-principal investigator for the Global Terrorism Database (GTD) and co-principal investigator to the Government Actions in Terrorist Environments (GATE) dataset. The GTD is the most comprehensive source of terrorist incidents, as it records all known attacks across the globe since 1970. The GATE data record government actions related to terrorists and their constituencies for a select set of countries since 1987. Dr. Dugan’s research has been published in top journals in criminology and sociology. She has also published in political science and public policy journals. She received her Ph.D. in Public Policy and Management from Carnegie Mellon University in 1999; her MA in Statistics from Carnegie Mellon University in 1998; her MA in Public Policy and Management from Carnegie Mellon University in 1995; and her BFA in Applied Media Arts from Edinboro University of Pennsylvania in 1987. She has published with colleagues, Putting Terrorism into Context: Lessons Learned from the World’s Most Comprehensive Terrorism Database, along with more than sixty journal articles and book chapters. Dr. Dugan was recently elected to be Chair of the University of Maryland Senate and will serve from 2019 until 2022 as chair elect, chair, and Past chair. She is also the Vice-President Elect of the American Society of Criminology (ASC) and serves as ASC's liaison on the Board of the Consortium of Social Science Associations. Her publications appear in journals such as the Journal of Quantitative Criminology, Criminology, the American Sociological Review, Law and Society Review, as well as Terrorism and Political Violence, and the Journal of Peace Research.

I use data and theory to discover how to decrease bad things and increase good things. 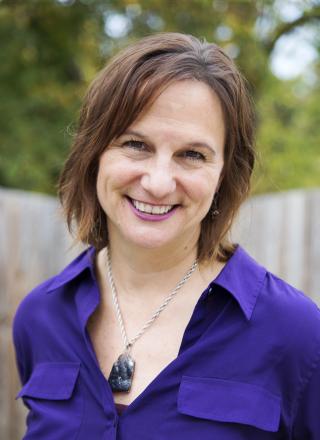