C. Thomas Jordan (Tom) holds a B.A. degree in Government and Politics (1991) from the University of Maryland at College Park. Upon graduation, he worked with the U.S. Department of State in their European and Soviet Affairs Bureau. With a strong concentration of Criminal Justice studies, he left the U.S. Department of State to join the U.S. Capitol Police Department in 1993. In 1995, Tom joined the Montgomery County Department of Police where he holds the rank of Captain and currently is the Spokesperson and Director of the Public Information Division. In 2010, he earned his M.S. in Management with a certificate in Police Executive Leadership and Emergency Management from the Johns Hopkins University. Tom has served as the Deputy Commander of the 5th District (Germantown) from 2011 - 2014. Tom was also assigned to the Office of the Chief as the Executive Administrative Officer for the Management Services Bureau and served as the Deputy Director of the Internal Affairs Division of the Montgomery County Department of Police. Tom is also involved with the International Association of Police Chiefs (IACP), Major Cities Chief’s Association (MCCA), and the Police Executive Research Forum (PERF).  Tom also serves on the Public Information Officers committee for the MCCA and the IACP. Tom teaches CCJS 310 - Criminal Investigations, CCJS 498D – Crisis Management and Leadership, and CCJS 498L – Ethics in Criminal Justice. 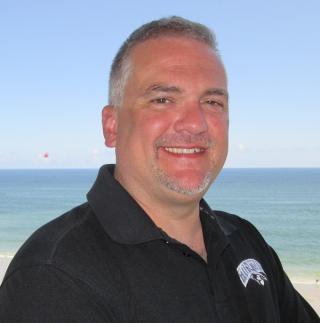