Charles Wellford has been named a lifetime National Associate of the National Academy of Sciences (NAS) "in recognition of extraordinary service to the National Academies in its role as advisor to the nation in matters of science, engineering, and health." He was the first criminologist to receive this honor. Dr. Wellford served for six years as chair of the NAS Committee on Law and Justices.

He served as the Director of the Maryland Justice Analysis Center (1984-2007).

From 1992 to 1998 he was Director of the Office of Academic Computing Services in the College of Behavioral and Social Sciences.  From 1998 to 2001 he directed the updating of computer systems operated by the State of Maryland in response to Y2K concerns.

For 1998 he was Acting Associate Provost and Dean of Continuing and Extended Education.

From 1998 to 1999 he was Interim Associate Provost for Research and Dean of the Graduate School.

He serves on numerous state and federal advisory boards and commissions and is a past (1995-96) President of the American Society of Criminology (ASC).

In 1996 he was elected a Fellow of the ASC. In 2011 he was awared the University of Maryland President's Medal -- the highest honor bestowed at the University.  He has received the Bloch Award and the Vollmer award from the ASC.

He was the Chair of the National Academy of Sciences Committee on Law and Justice for six years and chaired the NAS panels on pathological gambling, firearms and violence, and, the assessment of the National Institute of Justice.

From 1976 - 1981 Dr. Wellford served in the Office of the United States Attorney General where he directed the Federal Justice Research Program. During that time he directed research on federal sentencing and prosecution policies and on the state of civil justice in America.

The author of numerous publications on criminal justice issues, Dr. Wellford's most recent research has focused on the determinants of sentencing, the correlates of homicide clearance, and sources of gun crimes.

At the University of Maryland, Dr. Wellford has been active in a variety of efforts. He has served on and chaired numerous academic review committees. He chaired the Campus Security Committee from 1985-1995, been a member of the Athletic Council (1986-89 and 1992-95, and 1997-present), served on the Campus Human Subjects Committee (1983-87), served on campus drug committees, chaired the review of the Campus Admissions Office, served on the President's Committee on Freedom of Expression, been a member of the Graduate Council (1986-90) and Chair of its PCC (1986-90), and served on or chaired a number of recruitment committees.  He is past Chair of the Campus Senate and served on the campus Academic Policy Advisory Committee and campus promotions committee.  Dr. Wellford served for sixteen years as the Faculty Athletic Representative to the NCAA and Chair of the Athletic Council. He served two terms as President of the Atlantic Coast Conference.  In 1996 and 2001 he chaired recruitment committees for the Provost and Vice President for Academic Affairs.

I have served as Vice-Chair of the Maryland Sentencing Commission and as Co-Chair (with Commissioner Ed Davis of the Boston Police Department) of the Research Advisory Committee of the International Association of Chiefs of Police. These efforts reflect my commitment to increasing the role of research in the effective and fair operation of our criminal justice agencies. 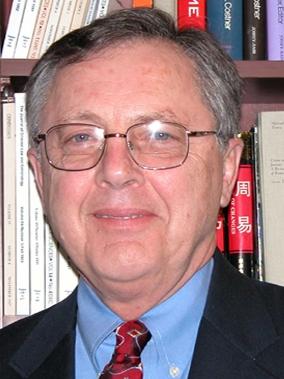