Even today, the jury’s still out on whether international trade does more harm than good, or vice versa, to participant countries. However, due to new research by Gary LaFree, a Distinguished University Professor in the Department of Criminology and Criminal Justice (CCJS), and Bo Jiang, CCJS Ph.D. ’19 and Assistant Professor of the University of Macau’s Department of Sociology, pundits will need to add another tally to international trade’s “pro” column.

Countries that frequently trade with others have fewer intercountry homicides, the researchers found in their recent comparison of 78 countries’ 1960-2013 homicide rates and “globalization” measures.

“Globalization, measured as total trade divided by the size of the economy, has been widely critiqued by both the political right and left in the United States; it’s one of the few things that Donald Trump and Bernie Sanders agree on,” LaFree explained. “The main critique is that globalization increases income inequality and poverty—two variables that are also associated with rising crime rates—however, our analysis of the worldwide effect of globalization on homicide rates over the past half century shows that countries that have globalized more have lower homicide rates than those that have globalized less.”

The researchers’ results, published in Social Forces, provide support for the arguments globalization proponents put forth centuries ago.

“This would not have surprised the scholars of the Enlightenment like Montesquieu or our Founding Fathers, who believed that international trade, or ‘doux commerce’ or ‘gentle commerce,’ would decrease all types of violence, including homicide, by providing individuals with a rational interest in engaging peacefully with others, offering opportunities for cross border commerce and travel, and encouraging greater understanding of diverse cultures,” LaFree continued. “This is exactly what our results show, as well as that the largest benefits of globalization for homicide happens in countries that are poorest and with the greatest income gap.”

LaFree and Jiang’s latest research also builds on earlier findings—published in the Journal of Quantitative Criminology—about the relationship between globalization and another type of crime: human trafficking.

“For the first paper, we started off with the premise that an essential aspect of globalization is m

LaFree and Jiang plan to conduct additional globalization research in the future, specifically it’s impact on terrorism, but believe what they’ve found so far already have critical implications for foreign policy.

“With regard to reducing intercountry homicides and human trafficking, our findings do support actions that would advance our trade relationships with other countries, and lead to the development of social policies that reduce economic stress and income inequality,” LaFree concluded.

Photo of a container ship bound for Europe provided by iStock 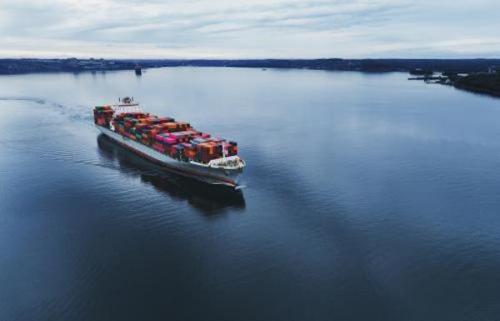