We are pleased to learn today that an international jury had awarded the 2019 Stockholm Prize in Criminology to long term faculty member, Peter Reuter and to former Swiss President Ruth Dreifuss. The jury cited Peter’s work on drug policy and President Dreifuss’ support of seminal experiments in Heroin Assisted Therapy. The Stockholm Prize, established by the Swedish Ministry of Justice in 2006, comes with a prize of 1 million Swedish Kroner (roughly $110,000) and is the most prestigious in criminology research.

Peter Reuter has been a member of the Department of Criminology, as well as the School of Public Policy, since 1993. The jury cited his work on drug policy but he has also contributed widely to other significant criminology fields. His early work on organized crime, most importantly that contained in Disorganized Crime: the Economics of the Visible Hand (1983) continues to be highly cited for its presentation of a systematic economic framework for understanding the role of organized crime in illegal markets. More recently his studies of money laundering and the effects of efforts to control it, have been influential. He has chaired a number of National Academy of Sciences panels and serves on the Scientific Advisory Committee for the United Nations World Drug Report. In 2007 he became the founding president of the International Society for the Study of Drug Policy. 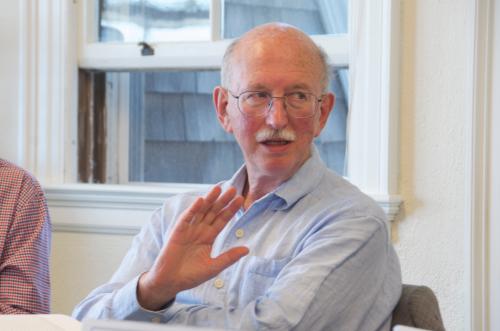