“Growing up, my stuttering was a source of fear and something I would try to hide; if I was speaking in a stutter and had a bad reaction from a speaker, it would just ruin my day,” Daron Bolat, a 2000 graduate of the College of Behavioral and Social Sciences’ (BSOS) Department of Criminology and Criminal Justice (CCJS), recalled.

But Bolat doesn’t try to hide his stutter anymore. In fact, thanks to the therapy he received as an undergraduate at BSOS’ Hearing and Speech Clinic, he owns it.

A Project Manager at Capital One, today, Bolat is a proud, vocal participant in the company’s diversity, inclusion and belonging program. He has talked at multiple town halls about his experience as a person who stutters, and agreed to participate in a taped interview on the topic that now lives on an internal website visible to 40,000 employees. Over the summer, he also spoke on a panel at the 2022 Disability:IN Global Conference in Dallas.

It’s a reality Bolat would have never imagined for himself, for multiple reasons.

“After I spoke at our small business banking town hall, where there were almost 600 people, a coworker pinged me saying I was a rockstar,” said Bolat. “I wish I could tell my 15 year-old self ‘Hey, in a few decades you are going to be a rockstar for talking about stuttering even though right now that’s something that causes you fear and dread.’”

Part of the reason why Bolat would have never imagined he’d ever talk about stuttering so publicly is because of the kind of therapy he received for his stutter as a child. Before being referred by a freshman year advisor to the Hearing and Speech Clinic, Bolat says success and failure in those childhood therapy sessions was determined solely by whether he did or did not stutter.

“It was focused on fluency and what is happening here, not here and here,” he said, pointing first to his lips, then his brain, then his heart. “One of the big things at the Clinic was facing your fear. If it was saying a certain word, or speaking in certain situations, that would be seen as a success. It was a huge shift in how I looked at my stuttering.”

The graduate students that worked in the Clinic with Vivian Sisskin, Clinical Professor Emerita in the Department of Hearing and Speech Sciences, specifically used the Avoidance Reduction Therapy for Stuttering (ARTS®) approach, which is designed to help elicit comfortable and confident communication by encouraging self-acceptance.

“I met Daron when he was an active member of one of our therapy groups for college students who stutter. Daron stood out as bright, introspective, and motivated to achieve, and the graduate student clinicians who worked with him described him as impressive in taking risks to face speaking fears, and stepping out of his comfort zone in creative ways,” said Sisskin, citing the time in 2006 when Bolat shared with NPR his struggle to say his name. “He is a model for others who wish to achieve confidence and connection in communication.”

Another reason why a younger Bolat would be surprised to see where he is today is because he majored in CCJS intending to go to law school. Instead of going to law school after graduation, however, Bolat used his newfound confidence in speaking to become a deacon in the Armenian Orthodox Church.

It was through the church that Bolat met his wife, moved to Texas—where his wife was born and raised—and took a job at Capital One over 10 years ago to support their growing family; Bolat has a 7-year-old son and a 4-year-old daughter.

“As an investigator in our anti-money laundering department, I was making sure that people weren’t using their Capital One accounts for bad things. Then I moved into a process manager role that looks at how our program is performing overall: in banking, in general, and in our anti-money laundering department,” Bolat explained. “In both roles I was able to leverage my education from Maryland because I could identify different flags of people doing bad things with their accounts, and take a step back and leverage my research skills to say ‘As a department and program, are we doing what we need to do to make sure that we are compliant with all of those laws and regulations?’”

Thanks to Bolat’s CCJS education and Clinic experiences, he has a new outlook on success—and is leading a career filled with just that.

“For me now, success is saying what I want, when I want and if it's not perfect, that's OK. Success is if I’m in a meeting with senior leaders and I have an important point to bring up, I do it,” he said. “Maryland really helped me find my voice.” 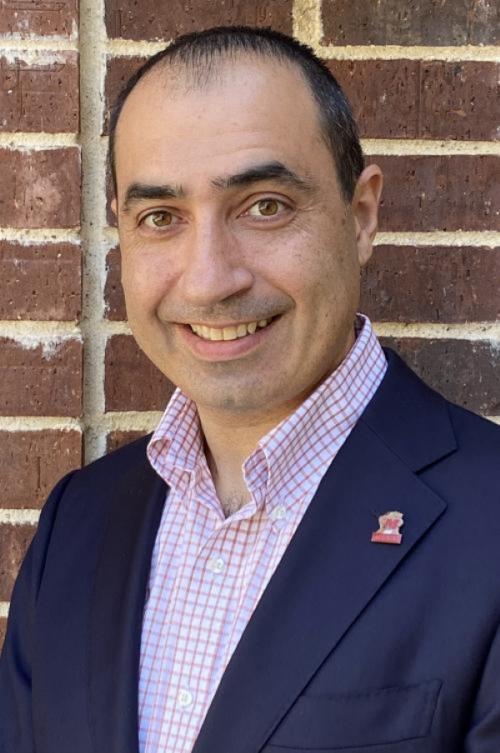