Though overdoses, particularly from substances laced with fentanyl, have soared in the U.S. since the start of the COVID-19 pandemic, a new report by the University of Maryland’s Center for Substance Abuse Research (CESAR) and Epic Research finds that most emergency departments (EDs) are screening only 5% of overdose patients for the synthetic opioid.

And when fentanyl testing was conducted, positivity rates exceeded 40%, more than three times the positivity rate of opiates like morphine, heroin and codeine, according to this collaboration with ED physicians nationwide.

The findings build on CESAR’s earlier work with ED physicians on studies of fentanyl toxicology in the greater Baltimore area, the latest of which was featured as a CDC Morbidity and Mortality Weekly Report. It was conducted as part of CESAR’s Emergency Department Drug Surveillance (EDDS) system, which recently received additional funding from Maryland’s Opioid Operational Command Center to expand its work with 39 hospitals nationwide to include 20 Maryland hospitals in the nation’s first statewide EDDS system.

“Our earlier, limited, region-specific research on this topic suggested a lack of fentanyl screening across the country,” said Eric Wish, director at CESAR and co-author on the study. “In this study, we had the unique opportunity to confirm this finding in many more hospitals.”

Using Epic’s deidentified Cosmos data to study patterns in toxicology screenings from more than 315,000 ED overdose visits across the U.S. between 2017 and August 2022, CESAR and Epic researchers found that compared to the 50% of overdose-related emergency visits that are screened for opiates, such as morphine (an indicator of heroin use), just 5% of visits are screened for fentanyl, a synthetic opioid.

Overdoses from fentanyl and fentanyl analogs killed more than 56,000 people in 2020 and nearly 81,000 last year—accounting for over 75% of opioid-involved deaths in 2021, which greatly concerns the researchers.

“Comprehensive toxicology screenings are critical to both lifesaving treatments in the ED and effective public health efforts in the community,” said study co-author Dave Little, M.D., director of clinical informatics at Epic. “We need to know precisely how people are struggling so that we can help them before their lives are on the line.”

Most EDs are completing only limited toxicology testing on patients who visit the emergency department for an overdose. Since 2017, almost half have been tested for opiates—and opiate screenings do not detect fentanyl—and the positivity rate of these tests has gradually decreased to less than 14%. That’s about a third of the positivity rate for patients tested for fentanyl, suggesting that heroin users may now instead be exposed to fentanyl.

“Our joint findings highlight the need for a centralized overdose surveillance system and a nationwide standard for toxicology screenings in overdose treatment in order to track drug epidemics,” added Wish. “This will give medical personnel the information they need to accurately diagnose and treat overdoses and other related problems and improve patient outcomes.” 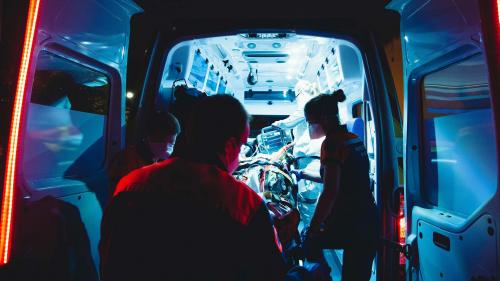