The study by Professor Rod Brunson and Assistant Professor Brooklynn Hitchens, both of the Department of Criminology and Criminal Justice, and Brian Wade, a research fellow in the University of Pennsylvania’s Crime and Justice Policy Lab, found that individuals at the greatest risk of experiencing gun violence tend to receive no formal firearm safety training. They also generally store firearms in insecure, easy-to-access locations, which likewise contributes to increased feelings of community unease, spurs individuals’ desire to arm themselves and peers, and raises the likelihood of fatal and nonfatal shootings.

These insights are derived from face-to-face interviews with 51 Black male residents of Brooklyn and the Bronx, two New York City boroughs where both fatal and nonfatal shootings are highly concentrated. All study participants were considered high-risk, meaning they were between the ages of 15-34 and had already been shot or shot at. Some were also unable to legally access guns due to a past conviction.

"By amplifying the voices of those most at risk for gun victimization—Black men who live in neighborhoods of concentrated disadvantage—our work refocuses the necessary harm-reduction and safety strategies needed to reduce gun-related injury,” said Hitchens. “If we seek to disrupt the cycle of violence and the proliferation of illegal guns, scholars must critically examine how and why these men choose to carry guns.”

A unique element of the study is that three-quarters of respondents reported being shot at, but not suffering a gunshot injury, providing a more typical sampling of those who experienced gun violence than a survey of gunshot victims alone.

"Individuals who are shot at, but luckily do not sustain injury, are underrepresented in police and hospital data regarding firearm victimization—and the resulting trauma," said Brunson, who came to the university last year as part of UMD’s FAMILE initiative, a $40 million investment to help attract tenure-track faculty from diverse backgrounds. "Their voices should be included in public safety policy discussions."

Researchers also found that gun violence was a persistent concern in 88% of respondents’ neighborhoods, with many describing instances of violence that were sporadic and random and using that as justification for arming themselves.

Rather than receiving professional firearms training, several respondents said that they had just “figured out” how to handle a gun themselves (15.7%); others did so with the help of friends or family (80.4%). Nearly a quarter said consuming firearm-related TV shows, films, video games or other media served as sufficient educational material.

Conventional efforts to “get guns off the streets” by imploring individuals to not commit crimes—and threatening harsh punishment if they do—takes on a literal meaning in the study, with 21.6% of participants saying they stored their guns in public areas to elude police and ensure easy access outside the home. Another one-third of respondents said they stored firearms in private but unsecured places under their bed, in drawers or in a closet. About 14% said they stored their firearms with a friend.

“The problem is that we treat urban gun violence solely as a criminal justice issue instead of a public health issue,” added Hitchens. “The solution to urban gun violence is complex and requires that we look at the root causes of the violence, which includes concentrated disadvantage, structural racism and blocked opportunity.”

This article by Rachael Grahame originally appeared on Maryland Today. 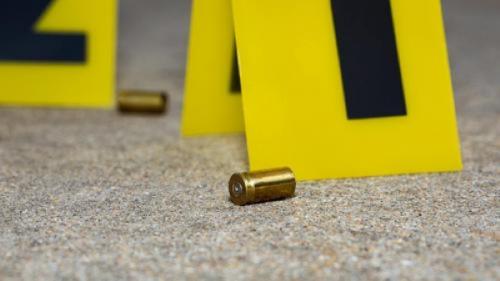