CCJS Chair Gary LaFree was interviewed regarding people's perceptions of crime for an article in Mother Jones magazine about crime tracking apps. The mobile app Citizen, which sends notifications regarding crime in the user's area, can create the impression that the city is crime-ridden. On the contrary, crime rates in New York have been declining steadily for decades, according to the New York Police Department, with major felonies dropping by more than 80 percent between 1990 and 2018.

“People’s conceptions of crime are often pretty much out of pace with reality,” says Gary LaFree... It turns out that perception of crime can be a self-fulfilling prophecy. “You have people staying out of neighborhoods because they are afraid of crime,” LaFree says. “In fact, they are more dangerous when you don’t have a lot of people around.”

The Citizen app uses information from police scanners and social media to alert users to emergencies going on around them. While the app claims to make communities safer, experts say that constant notifications about crime and dangerous emergencies, repeatedly sent to thousands of city locals, can actually create a culture of fear. As a result of this created culture of fear, people become afraid of their neighborhoods, and that paranoia is often misdirected at people of color. 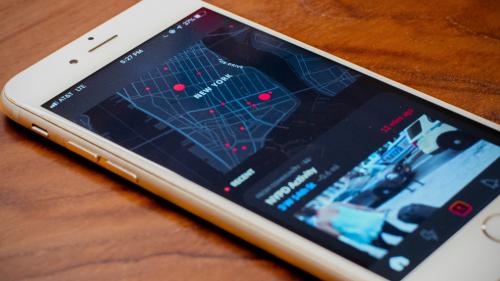