On September 7, 2016, Boeing named University of Maryland graduate Florent (Flo) Groberg a their director of Veterans Outreach, based in Washington, D.C. As director, Groberg will be responsible for developing and implementing a company-wide giving and engagement strategy for Boeing’s support of military veterans and their families. He will also lead Boeing’s community engagement in the eastern United States. Groberg received the Congressional Medal of Honor for his extraordinary gallantry, intrepidity, and heroism while serving in combat operations in Afghanistan in 2012. Before Boeing, Groberg served as spokesperson for LinkedIn and was responsible for the promotion of LinkedIn’s veterans program. Groberg graduated from the University of Maryland in 2006 with a bachelor’s degree in Criminology and Criminal Justice. 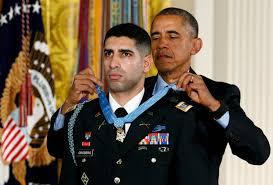