Dr. Laub’s areas of research include crime and the life course, crime and public policy, and the history of criminology. He has published widely including Crime in the Making: Pathways and Turning Points Through Life, co-authored with Robert Sampson, Harvard University Press, 1993. With Robert Sampson, he wrote Shared Beginnings, Divergent Lives: Delinquent Boys to Age 70, Harvard University Press, 2003, which analyzes longitudinal data from a long-term follow-up study of juvenile offenders from a classic study by Sheldon and Eleanor Glueck. Both books have won three major awards: The Albert J. Reiss, Jr, Distinguished Book Award from the American Sociological Association's Crime, Law, and Deviance Section; the Outstanding Book Award from the Academy of Criminal Justice Sciences; and the Michael J. Hindelang Book Award from the American Society of Criminology.

One of my most recent papers is “Understanding Inequality and the Justice System Response: Charting a New Way Forward,” with support from the William T. Grant Foundation.  This paper is part of the Foundation’s Inequality Paper Series.  Here is the link to both the paper and a Q&A about the paper:  http://blog.wtgrantfoundation.org/post/104184374477/new-report-understanding-inequality-and-the 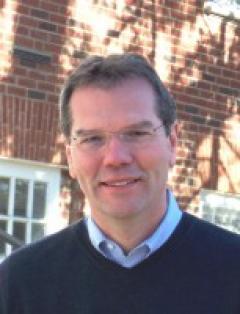