Tom Mauriello has been an Adjunct Lecturer and Laboratory Instructor for the Department of Criminology and Criminal Justice for the past 38 years. He exclusively teaches the Department's Crime Laboratory course, CCJS 320 - Introduction to Criminalistics. He teaches two sections of this course on Monday and Wednesday evenings from 6:00 PM to 8:45 PM during the Fall and Spring semesters. He also teaches the course during Summer Sessions I and II during the same days and times. He is also responsible for managing the Department's Teaching Crime Laboratory, which is an integral part of CCJS 320.

Tom is an educator, author, consultant and public speaker.  He retired on 3 February 2012, after 30 years of service with the U.S. Department of Defense (DoD).  His  assignments with DoD included: Special Agent; Chief of Police; Senior Polygraph Examiner; Director, Occupational Health, Environmental and Safety Services; Director, Interagency OPSEC Support Staff (IOSS); Deputy Director for Security Education, Training and Awareness; Congressional Staff Investigator for the U.S. Senate Permanent Subcommittee on Investigations; and Chief of Polygraph for the Associate Directorate for Security and Counterintelligence.  He is a former police officer and criminal investigator.

A sought after forensic sciences consultant, Tom is regularly interviewed for newspaper, television and radio. He has appeared on ABC World News Tonight and CBS Sunday Morning News; and Fox and MSNBC cable news shows.  He has been featured on television documentaries including: The Discovery Channel’s The Lizzie Borden Murders, and Investigation Discovery (ID) Channel’s series, Forensics: You Decide.

His vast public speaking experience includes the presentation of counterintelligence awareness briefings and forensic science lectures at numerous universities and law schools; as well as his motivational seminar on public speaking communications, Motivation through Communication.

A recipient of the DoD, Exceptional Civilian Service Award and the NCMS – Society for Industrial Security Professionals, President’s Award and Donald B. Woodbridge Award; he holds the degree of Master of Forensic Sciences from The George Washington University in Washington, D.C.; and is an active member of the American Academy of Forensic Sciences, International Association for Identification, Maryland Polygraph Association, and the Operations Security (OPSEC) Professionals Society.

Professor Mauriello's course, CCJS 320, Introduction to Criminalistics, takes a strategic look at the scientific methods used in the investigation, detection, and solution of crime. As a class, you explore all the vital phases of the criminal investigation process and forensic sciences (Criminalistics) from the 'crime scene' to the 'Crime Laboratory'. This is accomplished by way of class lectures, A/V and interactive web-based presentations, crime laboratory exercises and demonstrations, textbook readings, and the opportunity to learn from visiting guests speakers who are experts in their respective fields. 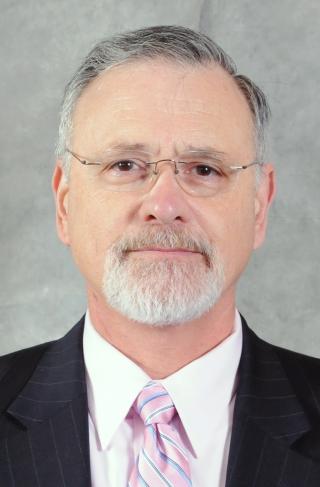