CCJS is pleased to announce that Veyli Ortiz Solis is the second-place winner of the ASC 2022 Graduate Student Poster Award!

Veyli Ortiz Solis, a second-year Ph.D. student, titled thesis "Hostile Encounters--Exploring the Intersections of Immigration Status and Experiences of Biased Treatment Against Latinos in the U.S." was selected second place in the ASC Graduate Student Poster Competition (established in 2020) which is given to recognize outstanding scientific merit and the visual appeal of work by students. 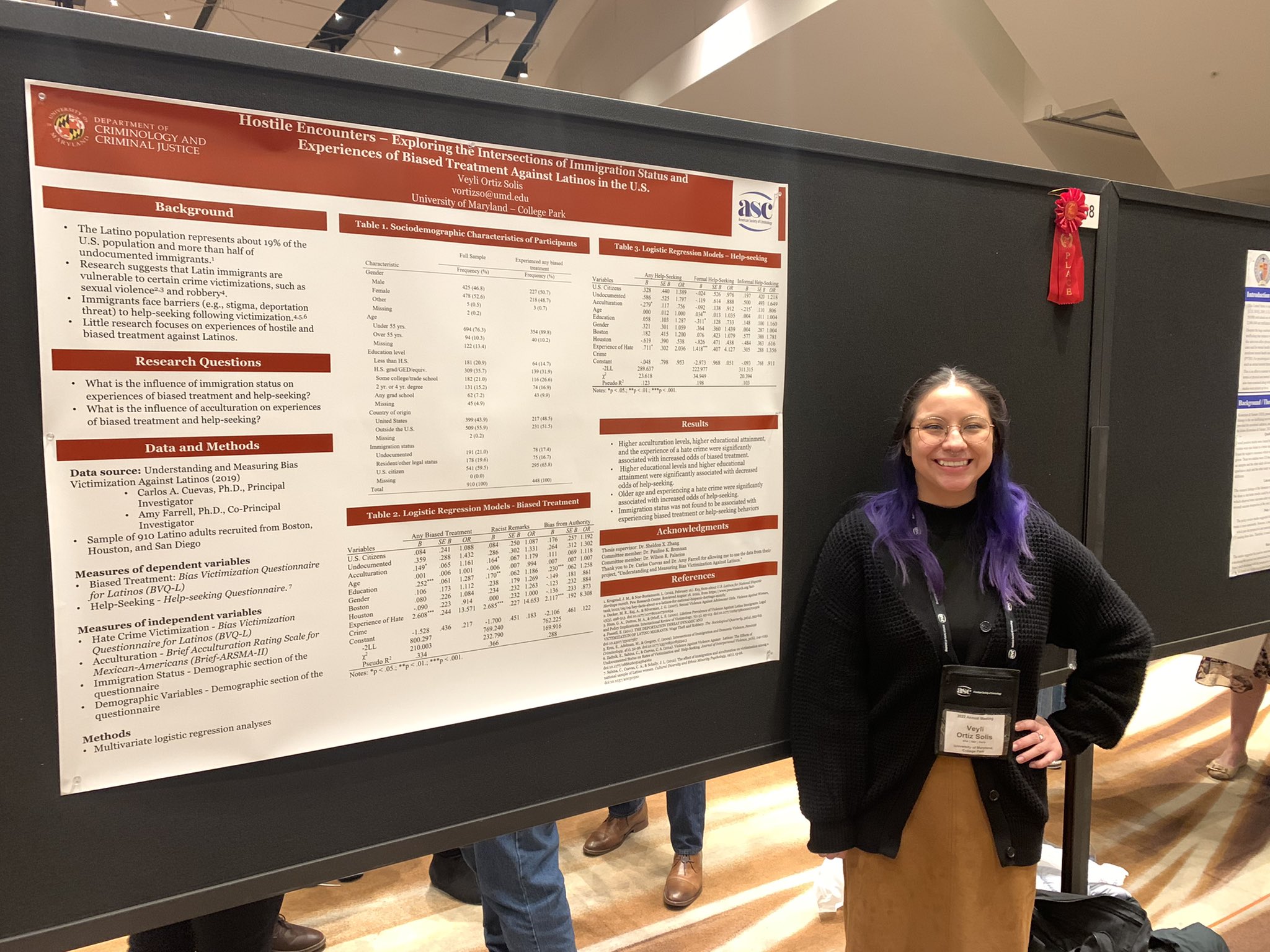 Despite their growing proportion of the U.S. population, the Latino population continues to experience biased crime and many forms of discriminatory treatments in their daily lives. Most existing literature tends to focus on victimization experiences that can be categorized as crimes. Little research is available about day-to-day hostile and biased treatment against Latinos, which are known to cause distress, fear, and other harmful outcomes. The current study aims to explore the intersection of immigration status and other covariates on reported experiences of racially biased treatment, and help-seeking behaviors among a sample of Latinos from three major U.S cities. Based on data from a national study (N=910), the present study analyzed how the immigration status of the 448 participants may have influenced their reported experiences of biased treatment. Logistic regression analyses revealed that acculturation, not immigration status, is a predictor of reported experiences of biased treatment. In addition to acculturation, education and victimization of a hate crime were also significant predictors of biased treatment. The significant predictors for help-seeking behaviors were acculturation, age, education, and the experience of a hate crime. Implications for future research were also discussed. 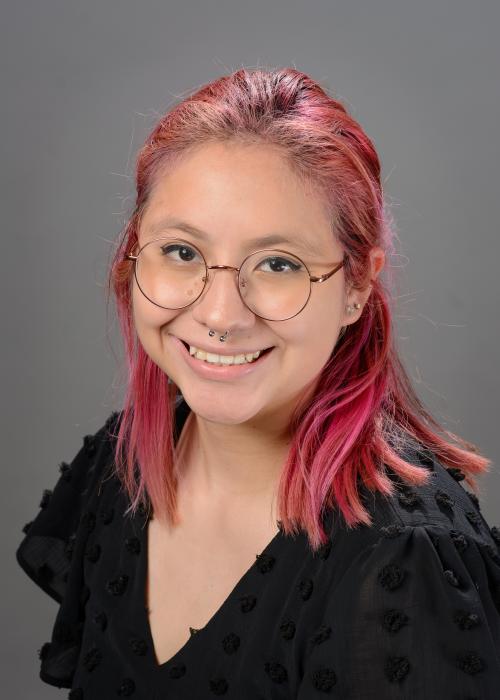