President Biden and Principal Deputy Assistant Attorney General for the Department of Justice’s Office of Justice Programs, Amy L. Solomon, recently announced that a three-time graduate of BSOS’ Department of Criminology and Criminal Justice (CCJS), Alex Piquero, will serve as the next Director of the Bureau of Justice Statistics (BJS).

As BJS Director, Piquero will be leading the Department of Justice’s primary statistical agency, which collects, analyzes, publishes and disseminates data on crime, victims, perpetrators and justice operations, and supports state, local and tribal governments’ efforts to do the same.

"This is incredible news," said BSOS Dean Susan Rivera. "Alex's presidential appointment to this Bureau of Justice Statistics position speaks to all that he's achieved during and after his time in our Department of Criminology and Criminal Justice. We are very fortunate to have played a part in his professional success."

“We are all very proud of Alex and happy to have a kindred spirit in the Bureau of Justice Statistics,” echoed Robert Brame, CCJS chair. “He really is an ideal person to have in this role, and we are very excited to see the skills and expertise he will bring to that position.”

Brame, an alumnus of the department himself, studied alongside Piquero in the ’90s. Piqureo earned his B.A. in ’92, M.A. in ’94, and Ph.D. in ’96 before joining the faculty at UMD and a handful of other institutions. Some of those institutions include the University of Texas at Dallas, the John Jay College of Criminal Justice, and, most recently, the University of Miami, where he served as a Distinguished Professor and chair of the Department of Sociology and Criminology.

When Piquero’s appointment officially begins on August 15, he will become the second CCJS affiliate to hold this position. James Lynch, former CCJS chair, served as BJS Director from 2010-2013. Relatedly, John Laub, a Distinguished University Professor Emeritus in the CCJS department, served as the Director of the National Institute of Justice from 2010-2013.

“The University of Maryland has had quite a footprint on the research side of the Justice Department, and we are so happy to see Alex now traveling a path that other UMD people have traveled,” said Brame.

Read the official press release from the Office of Justice Programs

Photo provided by the Office of Justice Programs 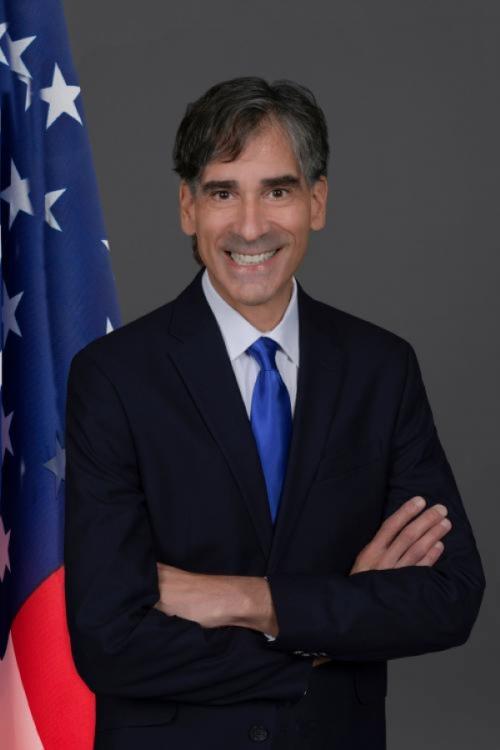